I hail from a small village in Haryana, and for the better part of my growing up, I knew of only one option when I grew up -- of getting a simple government job after my education like my father, and most elders in my village -- that was the mindset in our village, and no one knew any better. I had always been a good student, scoring decent marks, but it wasn’t until I was in the list of toppers of my batch in 12th grade, that I came to know of IITs and the world of engineering.

Even then, my main goal was to get a secured job in a government sector -- that was what we had grown up with -- but my teachers convinced me that I could get that job even with B.Tech, and doing engineering would only help broaden my horizons.

I'm Rishi Prakash, and this is my story.

Since my decision had been driven by my teachers’ advice, I had no preference per se about the branch, but I was more keen on the college. As luck would have it, I got admission in Guru Jambheshwar University with Computer Science as my branch. I had no idea about CS, but after watching documentaries on Silicon Valley, Steve Jobs, and the movie Social Network, I was inspired to build something myself -- so I chose not to switch to electronics even when I got the chance.

But I still wasn’t sure how to go about getting into good product based companies. It was clear that we wouldn’t get on-campus placements, and had to find other options. And I thought that graduating from a reputed college was a prerequisite to getting jobs in big MNCs. I was lost -- with no proper guidance, it constantly felt like an uphill battle.

Luckily we got a new teacher who introduced me to GATE, and told me that scoring a good rank in this exam would mean a second chance to get into IITs and NITs. It felt like I finally had found a way to get to my dream company. But alas, my 2 attempts while I was in college yielded no result, and I graduated college without a job, or a ticket to any IIT or NIT.

I went back home, utterly dejected, but determined to make something happen. I kept preparing for GATE while looking for any job that would provide me some income, no matter how meagre, but in vain. After grappling with the rejections for 6 months, I somehow managed to get a job with a small product based startup.

For the next 3 years, I gave my all to the job and my GATE preparation -- I didn’t take a single day off, not even on weekends. However, due to high workload, my prep was suffering. I attempted the exam 3 times, but my performance wasn’t improving. So I finally decided to join Infosys --  this switch from a product to a service based company was a well thought out sacrifice, because I wanted to give more time for my studies.

Finally, I got 6th time lucky, and in the same year, I cracked GATE with a good rank and got admission in NIT Karnataka. I know what I’m about to say will sound really ironic, having spent more than 4 years working to get into an IIT or NIT, but, alas, I did make the biggest mistake of my career after just one semester. I got an offer to work with BSNL, and my childhood aspirations of getting a government job resurfaced. After speaking to quite a few people, I was influenced by the opinions that BSNL would provide me a secure job, and that I would be able to get more opportunities along the way.

In hindsight, I should have understood what my future would look like when I first entered the BSNL office in Almora -- broken and worn-out furniture, files and documents all over the place… it looked more like a storeroom and less of an office. Coming from the offices of Infosys to this was a shock to my system, and I just broke down. But I trudged through the next year, preparing myself for interviews to keep myself sane, and dreaming of getting into Facebook someday.

One such search on Quora led me to none other than Anshuman Singh’s answer. In it he had explained about InterviewBit and how it was beneficial for aspirants like me. I checked out his profile as well as IB, and I was pretty impressed with what I saw. Anshuman sir became my go-to whenever I got stuck on any problem, and the impressive man that he is, he always, always responded to my messages, despite his busy schedule.

The moment I got the chance to join Infosys again, I grabbed it, even at the cost of paying a heavy amount as an employment bond release to BSNL. Soon after, I got hired by Accenture, but I was still looking for a platform that could guide me to reach my desired company. And when I found out about Scaler Academy’s course for experienced engineers, it was a no-brainer for me to enrol for the course.

Scaler was offering something I had been looking for since forever -- a defined path to walk on with the mentors and instructors guiding us throughout the course. And I must say that it fulfilled almost all the promises it made.

The content I had learnt before Scaler had been more theoretical than practical, but the course structure here was designed around relevant, practical concepts -- the topics and questions given as assignments covered everything that was needed for the Data Structures and Algorithms rounds in the interviews.

But truth be told, content in itself is not enough, the way it is imparted makes a huge difference. And the instructors at Scaler ensure that they only give the best to us. Each one of them has a specific teaching style -- Pragy sir uses mathematics while teaching, and that helps us grasp the concepts quicker and better.

Tarun sir never starts any class with a complex topic -- he introduces them gradually. I remember when he was teaching us recursion, he began with a really basic concept, explained a well-structured template, taught us a set of 5 steps to be followed -- and there we had it -- a process through which we could solve any question on backtracking or recursion.

Two months into my course, I created a YouTube video describing my experience at Scaler, and it garnered around 13000 views. Even though I’d only been at the Academy for a short while, I was happy to have found a place where my passion for learning matched with the passion for teaching of the instructors.

But most importantly, I found the one thing I had been seeking all these years -- proper guidance. If I had to describe my experience with my mentor, Shishir Chandra, in one word, it would be ‘brilliant’! One of the reasons I had joined Scaler was because of the mentorship program, but in all honesty, it was way better than my expectations. Shishir sir went above and beyond his role as my mentor -- he helped me with things I didn’t even ask for, things I didn’t even know I needed help with.

I was under the impression that it was important to solve as many questions as possible, but Shishir sir explained to me the importance of understanding the core of problem solving by focusing on the same set of questions. He also kept me from straying too far from my path, and he did it really patiently, considering how often I reached out to him about the new things that I wanted to try.

It was no wonder that I felt that more and more people should benefit from what Scaler had to offer. And so, whoever reached out to me -- and there were many -- after watching my YouTube video, I gave them a resounding recommendation to go ahead and enrol for the program.

It has truly been a long, long road -- from being a small town boy with no aspirations to the first engineer in the family, from being naive and lost to finally having found my place in the world… I know there remains much to be achieved, but I am grateful to have gone through this journey. Because sometimes you do have to lose yourself to find yourself... 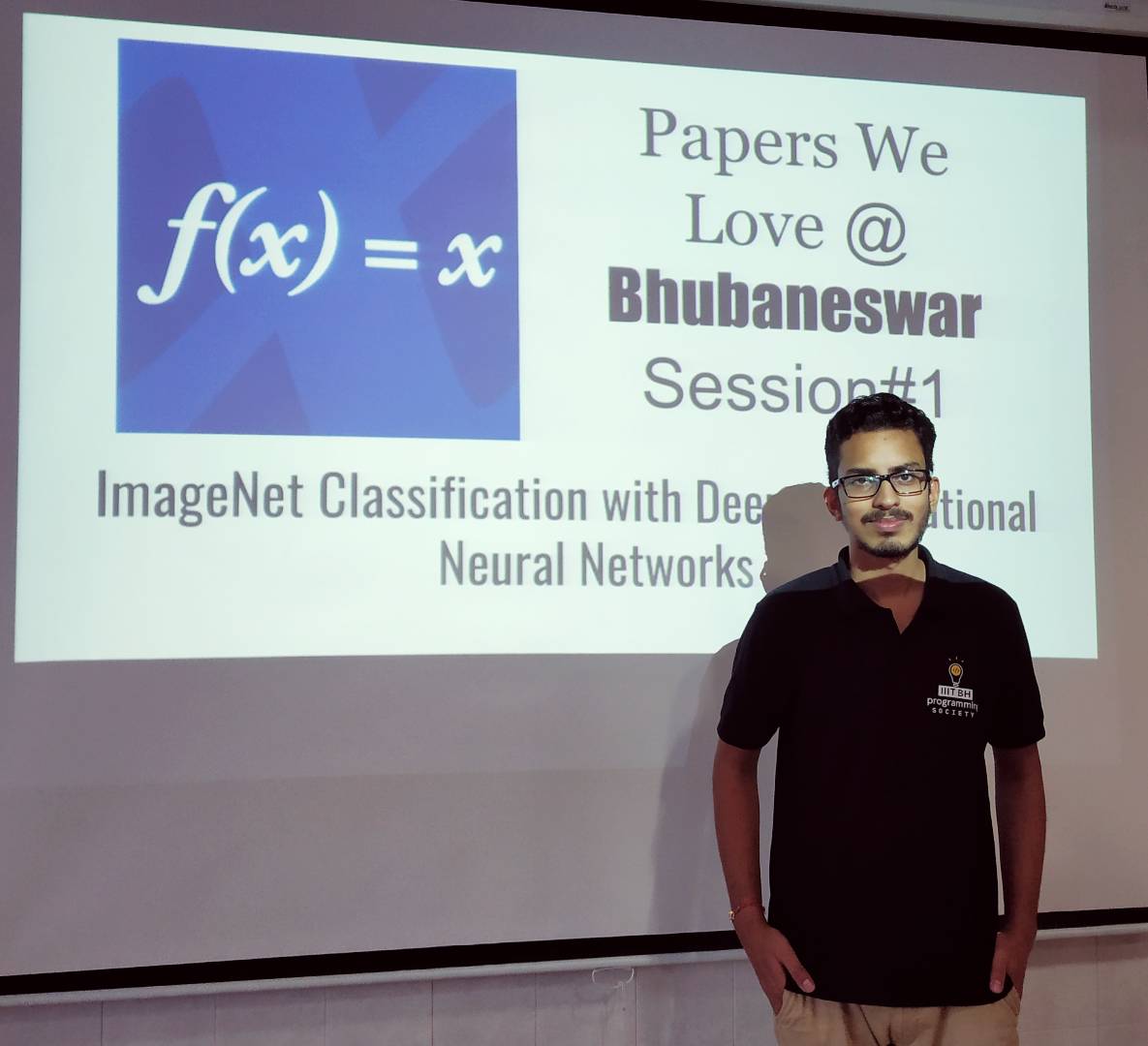 Scaler Academy helped me gain confidence in myself! 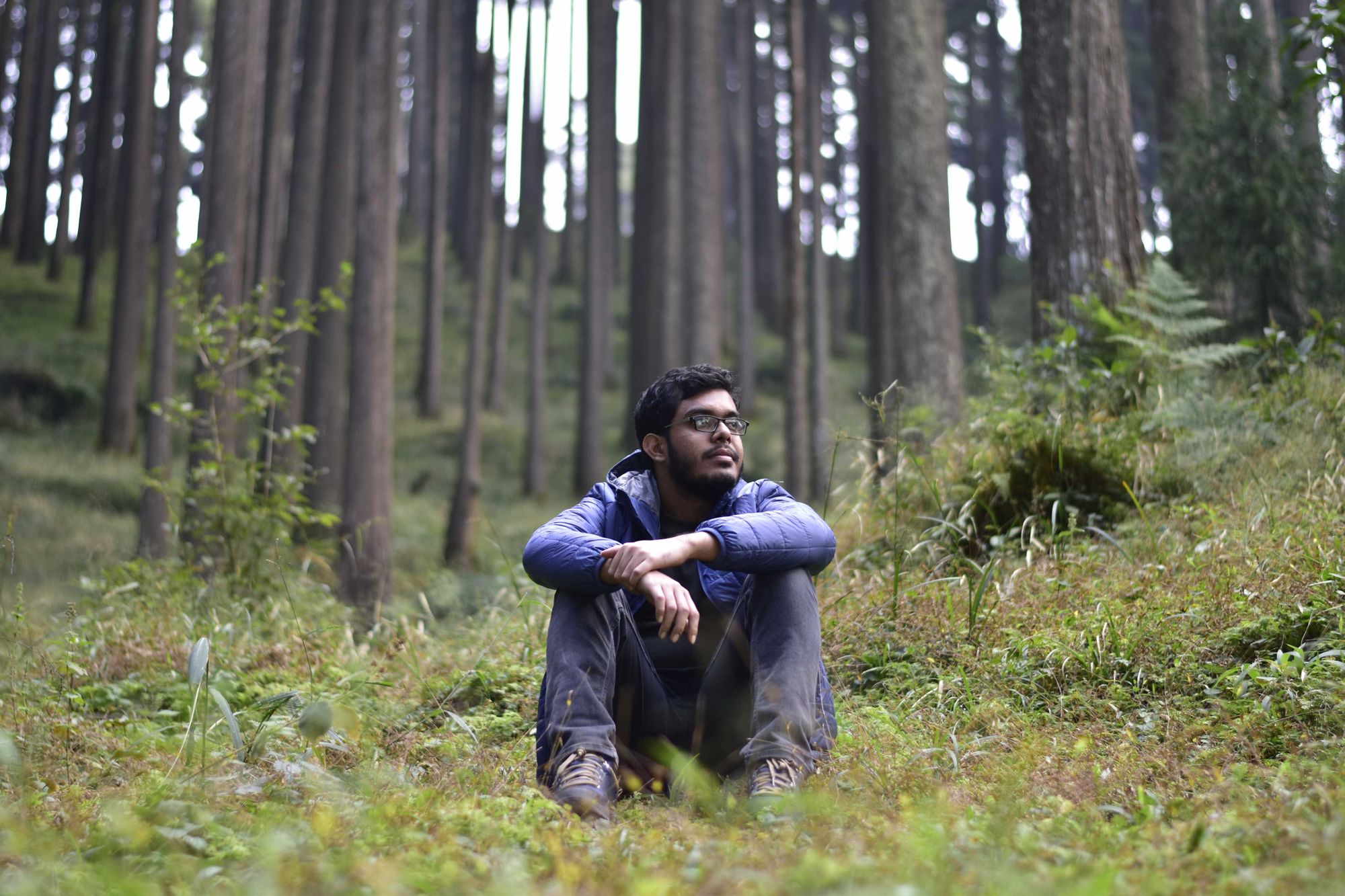 Scaler Academy played a pivotal role in my journey with their mentorship and guidance. 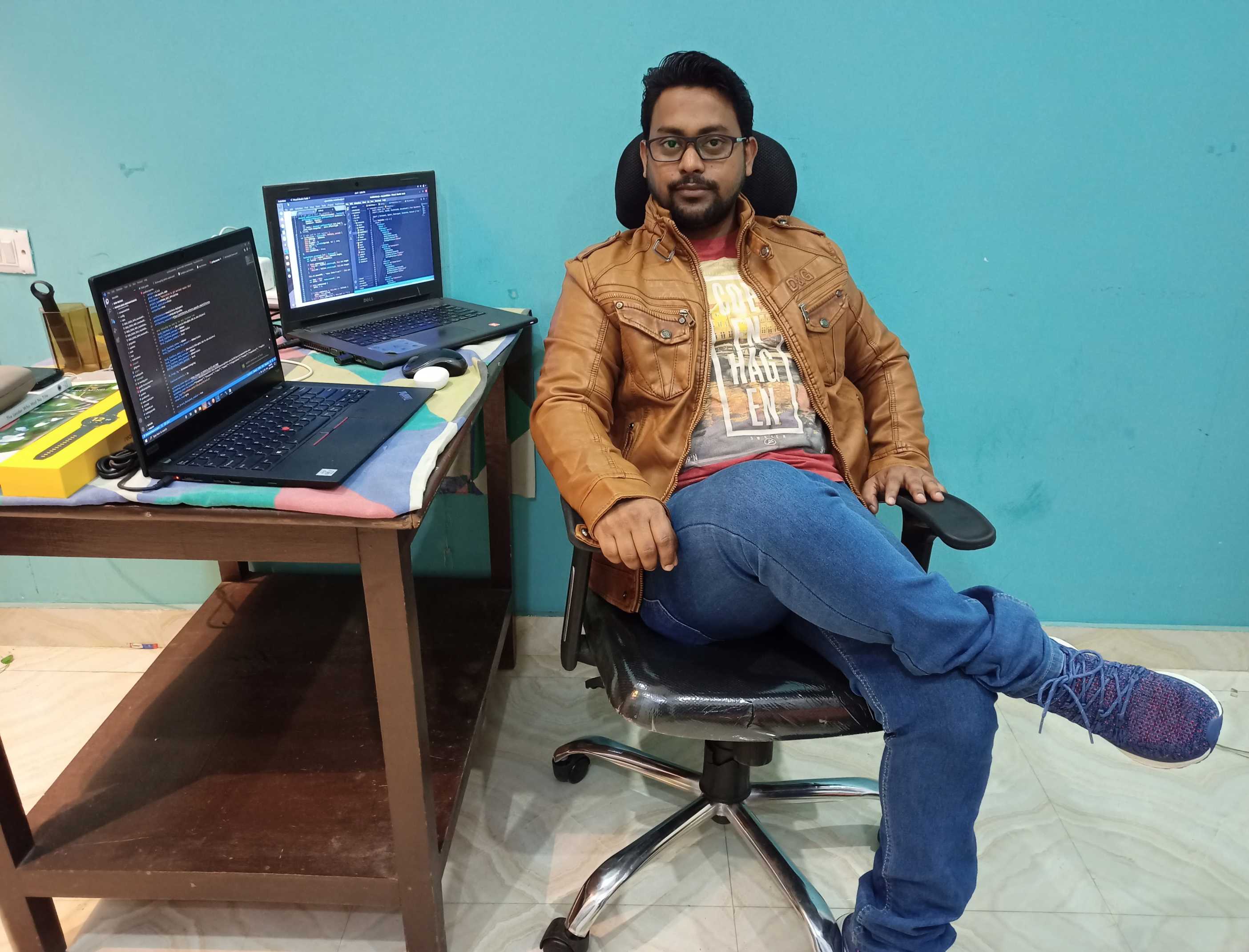 Scaler Academy boosted my skill set along with my confidence. 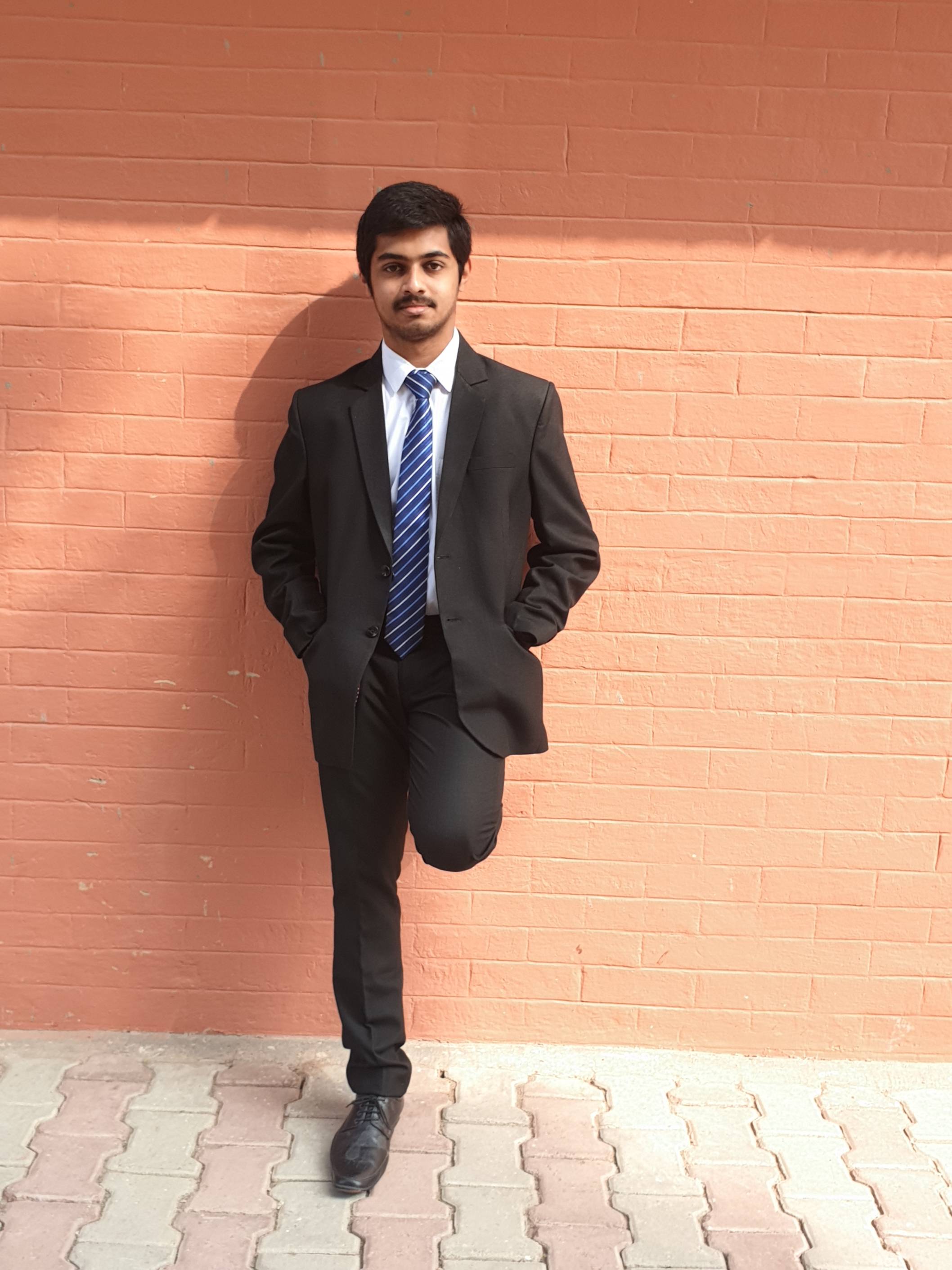 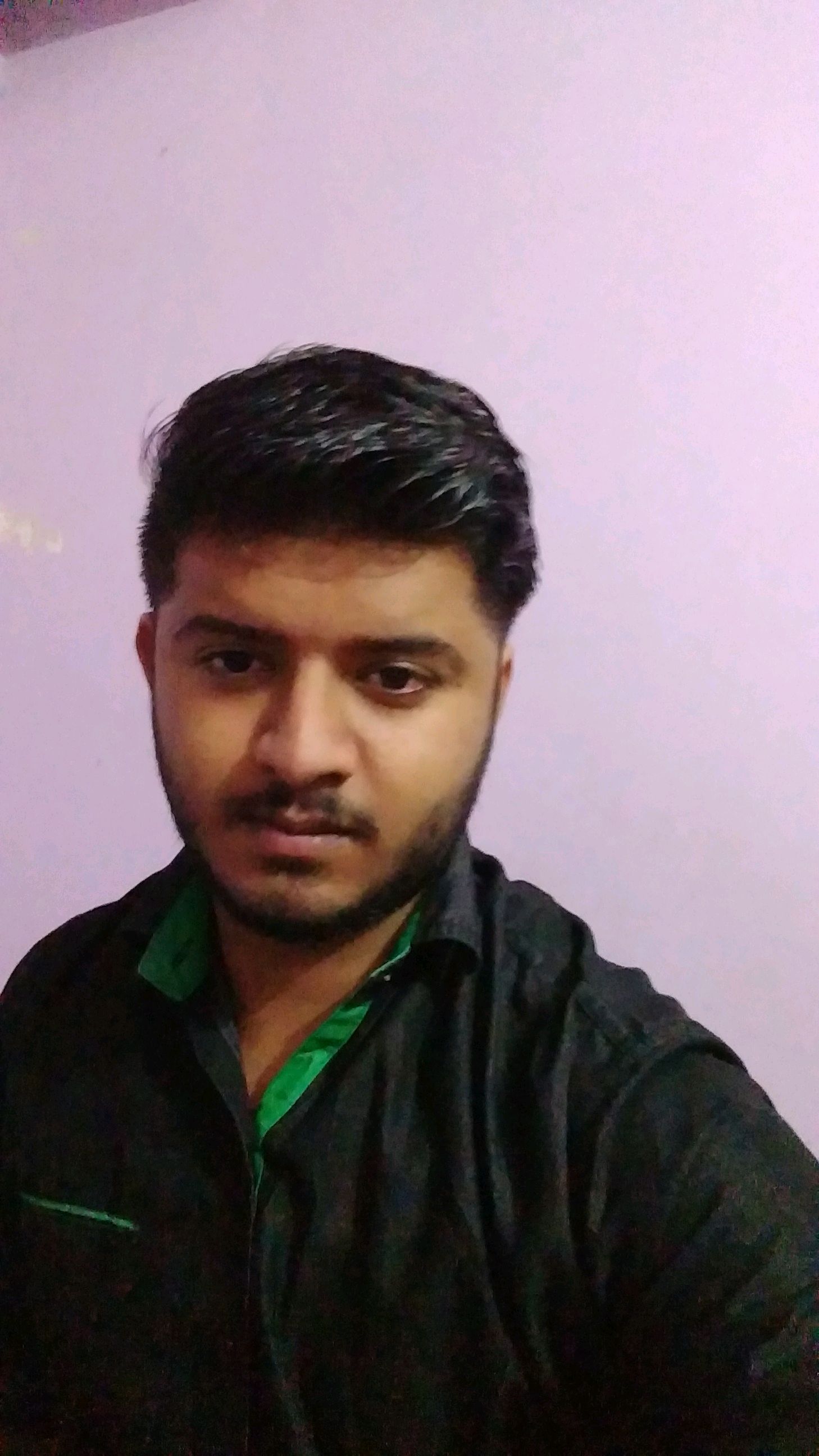 Scaler Academy taught me my most cherished lessons. 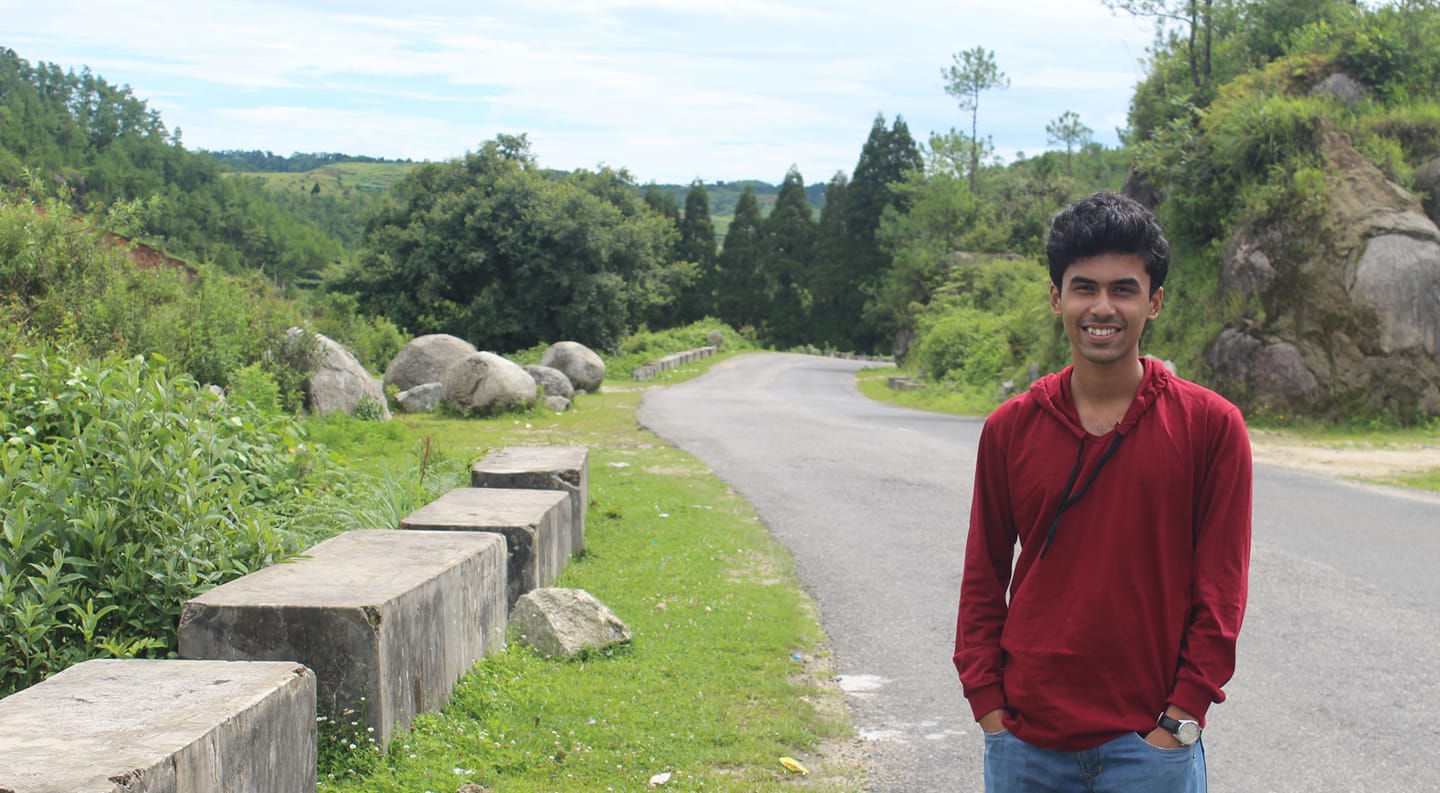 Scaler Academy made me challenge myself and accomplish new things.